“It ought to be made possible for everyone

to earn a living by doing work that is of intrinsic

value and that is felt to be such by the worker himself.”

I met him because his wife was my patient.  She had severe autoimmune disease.  During one of her life-threatening flares she begged me to assume his care.  She was concerned that she would not survive her illness, and she wanted to be sure that he’d be in good hands (as it turns out her worst fears became a reality a decade later).

He was tall, slender, and strong.  He worked at a large corporation doing manual labor.  One day his foreman asked him to lift a particularly heavy object.  He asked for help; the foreman taunted him and refused to give him any.  He injured his back; two operations followed; he continued to have some pain.  He asked for lighter duty; the foreman piled the work on.  Soon the union became involved.  Every single piece of interaction between these two souls now at bitter conflict had to be documented.  Minutes were logged, down almost to the second.  Job intensity was measured.  Because there may have been a racial element to the conflict, sensitivity counselors were assigned to the case.  What should have been a simple situation to handle (give him help; train him for a different job; find a way to get the job done) became a passive-aggressive power struggle.

He hired a lawyer.  At this point any chance that the company would work with him disappeared.  Records were requested on a weekly basis.  Phone calls ad nauseam; threats; hostile looks.  He hated to go to work, and they hated to have him there.  The inevitable solution: shift the problem to someone else.  He got a worker’s compensation settlement.  The company’s insurance became liable for his disability.  He received close to a full paycheck to stay home.  This is when I met him.

There was not much wrong with him.  He complained of back pain once in a while, but when he told me what he was able to do while on vacation, or working in his yard, I realized that he functioned as well as any person in his early 50’s.  He did care for his wife when she was ill, and he had a good relationship with their grown daughters.  When I first met him he seemed dull and unaware; as his wife deteriorated I realized that he was quite smart and able to understand the complexities of her illness.  He was just uneducated.

A decade went by.  His wife passed away.  He battled minor illnesses and an early stage cancer.  He seemed bored and depressed.  I urged him to find something to do, maybe by volunteering at one of the many local cultural attractions.  To my surprise, he did.  One of his friends worked at one of these places.  He took him along to work as a volunteer one day.  He did well; he was asked to return.  One thing led to another; after a few months they asked him if he would accept a part-time position.

He was overjoyed.  He had to limit his hours so that his disability rating would not suffer, but he worked three days a week.  They liked him.  At every visit he told me how he had increasing responsibility; how not a day went by that they did not thank him, or tell him that they could never make it without his help.  There was more training; more satisfaction.

The day came when they offered him a full-time job.  With benefits.  Paying him more than what he got from his disability.  Of course he would have to give up his monthly check.  When he told me he was smiling ear to ear.  He was also concerned.

“I’m going to have to give up my disability.”

You’ll get a good job.  They like you.  They’ll treat you with respect and kindness.  They’ve already shown that they are willing to promote you.  You have nothing else to do with your time.  This should be an easy decision.

Will they continue to hire you part-time?

He shook his head.

“No.  If I can’t work full-time they want to find someone else.”

I stared at him for a minute.  He continued to cry.  I stood up; so did he.

He turned down the job.  Within a few months his health deteriorated.  Now he’s disabled, for sure.

Work; rules; laws.  If we didn’t protect laborers corporations would have no trouble making them work 60 hour weeks at flimsy wages and no benefits.  But once unions and lawyers get involved otherwise good people become participants in epic power struggles that almost never end well.  I have witnessed egregious cases of abuse of the system from both sides, in cases where a kind word and a little flexibility would have produced good results and kept everyone happy.

I wish that I had the answer.

What the future holds: more rules.  Fewer jobs.  A large percentage of the population drawing a monthly check to do nothing.  Most of these people are perfectly capable of going back to work, under the right setting and supervised by creative bosses.  The lines are so far apart now that I doubt that this will ever happen.

Today I mourn for the loss of jobs of intrinsic value.  Can we afford to let this situation go on? 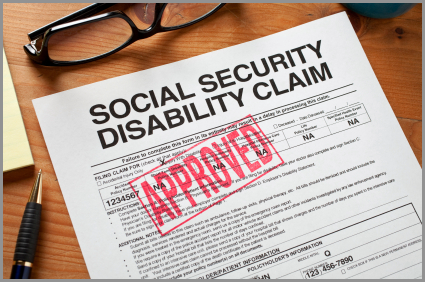 With Liberty and Safety for All