I take thee to my wedded spouse, to have and to hold from this day forward,for better for worse, for richer for poorer, in sickness and in health, to love and cherish, till death us do part…

They came to me as most patients do: through word of mouth referral.  His sister was one of the Wild Oats partners that we talked about in the past.  He was a tall, strikingly handsome man.  Polished; accomplished; clearly devoted to job and family.  She was the mother to eight children, and a loving wife, and a friend and anchor to many others.  It took me a while to figure it out, but by the end of the second year of the doctor-patient relationship it became clear that she ran the show.  It was also evident that she was every bit as smart as he was, and maybe more determined.

So typical of women in the 1950’s.  The goal was to marry well and raise a good family.  Many women who could have been in positions of leadership were brought up to relish the prospect of being the good wife and a neighborhood mom.  They did their job in exemplary fashion.

At first they had minor medical issues.  As we aged together their problem lists got longer, but technology and healthy living went a long way to keep them in good shape.  Eventually he retired, and the children left.  They remained a tightly knit couple.  I can tell.  I take care of twosomes who have been together for 40 years, and every time that I see them I wonder why they got married in the first place.  Not with these two.  Their concern for each other rang clear.  It was as if their first need was to make sure the other’s wants were satisfied.  In a very low key way; without fanfare; as if it was second nature for both.

A few years ago he began his decline.  Fatigue; lack of interest in things he used to love.  Later there were minor memory issues, and cardiac problems; soon he was involved with several specialists who placed patches and mends here and there.  Within a couple of years he was totally dependent on her for his daily activities.

A burden which she carried with not a complaint.  Every detail checked with amazing accuracy and efficiency.  At one point I told her that she should have been a doctor.  I meant it.  Many doctors resent the kind of record keeping she did, because they have to be on their toes.  Numerous times she reminded me of the need to check on a blood test, or run a test that needed to be repeated.  I figure the idea is to take care of the patient, and we do whatever it takes.  If it means that I end up with someone checking on my job at every visit…  I don’t mind.

His end was not unusual.  Older people decline at a steady rate, until that one seemingly minor complication manages to blow them so far off course that they cannot get back on track.  They don’t have what we call reserve.  A mild illness often proves to be fatal.

Which is OK.  We cannot live forever.  We don’t want to have a meaningless existence, and we don’t want to burden the people that we care about.  Many of us look at these complications as Nature’s way to remind us that it’s time to move on.  We welcome them.

But matters are much more complicated for the loved ones.  At her latest visit I asked her how she was doing.  First came the usual “OK.”  Then came the expected “A bit lonely.”  All of this very typical.  Once the chaos that results from all the visiting relatives disappears; once all the paperwork is filed and secure; once the medical bills are settled; once the children realize that they have to get on with their lives…  It gets lonely.

No more reminders to take your medicine, or check the blood sugar, or make sure that he does a minimal amount of exercise.  No more answering the same question a hundred times.  I think most importantly, no more worrying about when the next shoe will drop.  She has come to the painful realization that there are no more shoes about to fall.  This is not nearly as much of a relief as you would imagine.  I can’t explain it, but that’s the way it is.

She told me that she had found a birthday card in one of his drawers.  At some point he must have bought it for her, and forgotten about its existence.  (I have attached it to this blog).  Her eyes watered when she mentioned it.
Life’s paradox.  She’s one of the few supremely lucky individuals who have found their soul mate.  A person who feels about her the same way she feels about him.  They go through a long and very happy relationship.  They bring their children up right.  Life, as hard and cruel as it can sometimes be, for the most part has smiled on them.

Then the time comes that we have to say good-bye.  All of us know, during our moments of extreme happiness, that it won’t last.  But when you’re married for 61 years to the man or woman of your dreams, you can be forgiven for thinking that yes, maybe it will last another year, and another, and who knows, maybe we can make our exit together.

What makes it so sad is this: had life been less kind to our relationship, we would not have to suffer as much when one or the other dies.  The more we love; the more we give; the more irreplaceable that partner is.  Maybe this is why this couple’s story is so unusual.  Few people want to take the chance to be so vulnerable to pain.  As a consequence we decide to love less; to diminish what we give of ourselves.  We leave something behind.

Today, Easter Sunday, I pay tribute to this couple whose love was reborn every day.  May we learn from their example.  May our loves last forever. 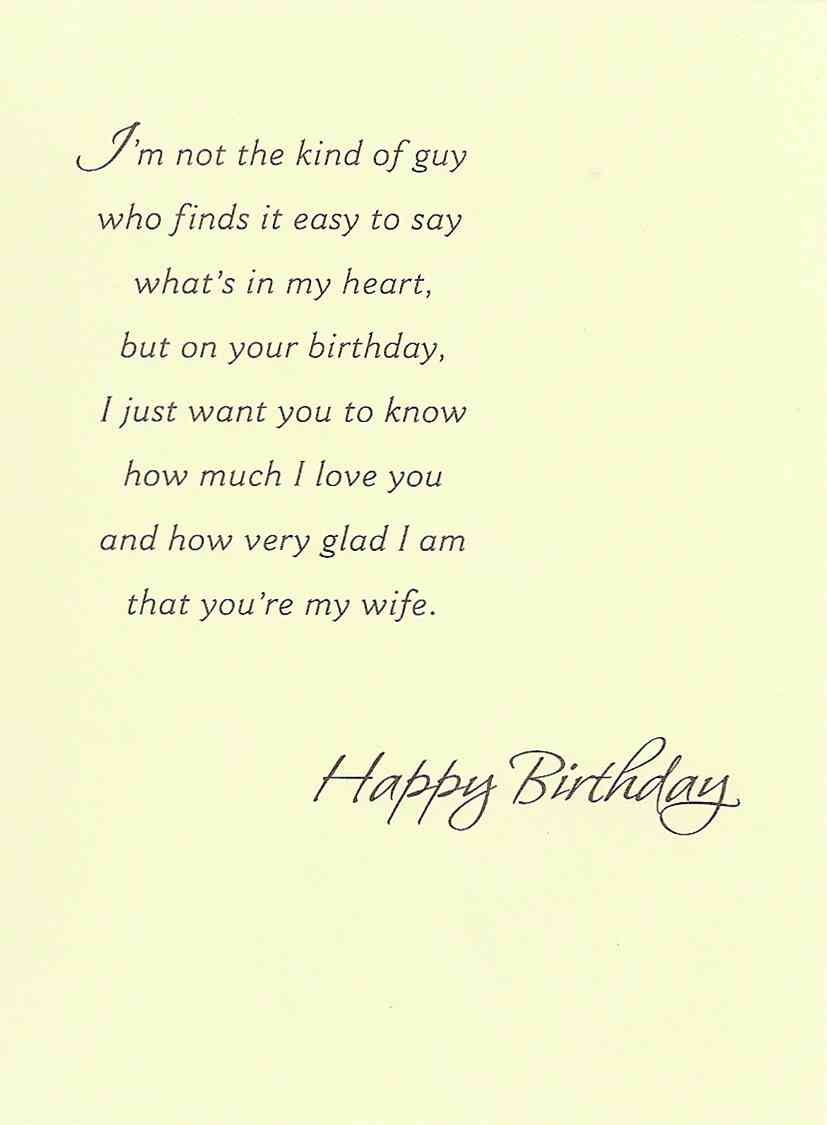