(This week we have a guest blogger.  Elizabeth Eisenberger, whom I have known since she was a child, has dedicated most of her adult life to helping people in distress.  She’s a bright, insightful, extremely dedicated young woman.  She did some research on the subject of child sex trafficking.  These are her findings.)

Last week Dr. Garriga shared the story of “Angel Eyes,” a patient who was still suffering the physical effects of severe sexual abuse that she endured as a child.  Her individual story is tremendously shocking and sad, and yet at least 100,000 minors become victims of prostitution each year in the United States alone.  We often hear the stories of children suffering from this type of abuse in third world countries, but sex trafficking is also happening right now in our own communities.

The Center for Child Welfare defines sex trafficking as “recruitment, harboring, provision, obtaining or maintaining a person for sexual exploitation.”  While half of sex trafficking victims are minors, it involves men and women of all ages.  Recent attention has been brought to this issue over the use of Craigslist and online chat rooms to connect customers with victims.  Due to increased pressure from politicians and activists, Craigslist was forced to shut down their erotic services section, costing them an estimated $40 million a year in advertising revenue.  It may have deterred some predators, but sex trafficking remains an extremely fast growing and profitable criminal industry, second only to drug trafficking.

The average age of a victim is 13.  Looking around, you may think: none of these children could be living in my area, right?  Many victims are still attending school daily and have been recruited by gang members, students, or adults in their neighborhood.  Some young girls are forced to recruit others once they have been victimized.  Others are manipulated by an older man posing as their ‘boyfriend’ who will initially shower them with expensive gifts and provide them with a life that starkly contrasts with a stressful, strict, or abusive home environment.  Under the influence of drugs or alcohol, they may be told “If you love me, you’ll do this for me.”  Adult victims may be told they are going to be paid as escorts or strippers; one scheme uncovered by the FBI involved a fake Facebook page that was contacting young girls under the pretense of searching for young modeling talent.  The FBI also reports that of the 1.6 million children that will run away from home this year, an estimated 40,000 will end up becoming involved in sex trafficking.

In my hometown of St. Louis, a recent case emerged that sounded remarkably like the recent Ohio kidnapping story.  Three young girls were imprisoned in a man’s home and were being forced into prostitution.  The accused had met the first girl, 16, on Facebook; he later forced her to recruit the other two girls.  At least one of the girls had been reported missing by her parents.  The man was initially operating out of a local motel that either was unaware of the situation or chose not report it.  When he changed plans and moved them into his home, no neighbors ever suspected the horrors going on inside.  They were able to escape through a bedroom window after noticing a police car parked on the street.  A police sergeant stated in an interview with the local paper that just a few short years ago, teens involved in commercial sex acts would have been criminally charged as minors and the man’s involvement may have been overlooked.  Fortunately, due to recent awareness of this serious issue in the police department, they were not charged with prostitution.  They are now in a safe location, have been referred to social services, and have the freedom to move on with their lives without the shadow of an undeserved criminal record.

Victims who are not being physically held against their will may stay with an abuser because they become addicted to the street drugs that are used to make them more compliant.  Others are unable to leave the ‘relationship’ with their abuser because they truly believe they are loved and may not have anyone else to depend on.  A child’s parent may be aware (if not involved, as some are), but they may not be able to see or comprehend the emotional abuse their child is experiencing.  Like friends and family of those experiencing domestic violence, they are immersed for so long that they lose sympathy and understanding and may even tell the child they can’t come back home anymore.  To someone who hasn’t experienced it, the sex trafficking begins to look more like a choice instead of a vicious psychological cycle with little hope of escape.  Other victims have been kidnapped and are threatened with rape, violence, or a call to the police or immigration services if they do not cooperate.  Some victims are brought into the country by perpetrators who later make them ‘work off their debt’ by joining the sex industry.

Sadly, a victim who is trying to escape faces numerous challenges and may need several of the following resources: safe housing, drug treatment, medical care, mental health services, domestic violence counseling, vocational training, immigration/legalization support, a new social security number, and the most basic need for a support system of friends and family.  If they have been found by the police, even girls under the age of consent may be charged with prostitution or possession of illegal drugs.  If they have entered the country illegally they may be referred to the ICE.  Many victims who are forced to leave their abuser for a treatment facility quickly return because of their perceived lack of options.  There are many nonprofits dedicated to helping in these areas, but their resources are limited and state laws do not always favor the victim in these cases.

One way for you to help is by finding out if your state is one of the 9 that has passed a Safe Harbor law that generally states that a minor who is found in a commercial sex act should be treated as a victim of sexual trafficking rather than prosecuted as a prostitute.  If your state is not one of them, email your representative and tell them why you think this issue is important.  You can also support the Trafficking Victims Protection Reauthorization Act which will renew funding for crucial programs for survivors and efforts to put traffickers away for good.  You can find out more at this website: http://www.ijm.org/node/195

**If you would like to help someone in this situation through a donation or if you or someone you know is in need of services, here is a list of nonprofits that are dedicated to this cause.

The Covering House (based in St. Louis)

There Is Hope for Me 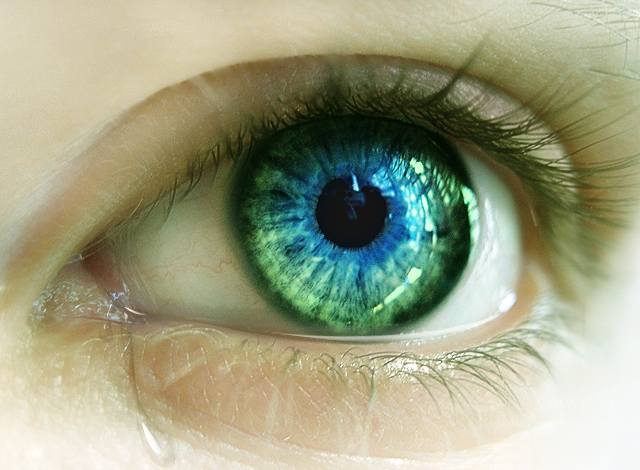