“Give it to me straight from the heart.”

-From the song by Bryan Adams

She was not my patient.  She had close ties to my family, so there were days that I saw her more than I did my sisters.  She came from a small town, the first member of her family who had finished high school and made it to college.  Her original plan was to take two years of college, the bare minimum she would need to qualify for a teaching degree.  Her large family could not afford any more, and in those days student loans were expensive and hard to come by.  She had left a boyfriend in her home town, a nice kid who had known her since they were children.  He was not a good student: he had trouble sitting still for any time and he found concentrating on a subject very difficult.  He had agreed with her plans.  In two years she’d have a teaching job back home; they’d get married; have children; live much the same way their families had.  He found a job driving a truck and began to save money.

Things did not go according to plan.  There was this elementary college algebra course that everybody had to pass in order to graduate.  Numbers had always been easy for her to learn, so she decided that this would be the first class she’d enroll in.  Most education students left it for the very end, like a dose of medicine that was bitter but had to go down, some time.  She excelled, not only in math but on all of her classes.

When she showed up for her final exam in algebra her professor greeted her at the entrance to the classroom.

“No need to come in.”  She gave him a puzzled look.  “You know everything.  Go home.”  She hesitated.  “You have an “A” for my class.  No sense in taking a chance on getting a lower grade.”

She smiled; she began to walk out.

“I want to talk to you, about your future.”  Another startled look.

A long story short: the professor was very impressed with her.  He had asked her other teachers.  All of them felt the same way.  He wanted her to switch majors.  She would make a great mathematician.

“But I was going to be a teacher…”
“No way.  You’re coming to the science faculty with me.”
“I have a boyfriend; he’s waiting for me.  I have no money.”

All of that could be fixed.  Her boyfriend was to call the professor.  He promised he’d find the money, somewhere.

And so it happened.  She finished four years at the science faculty, on a full scholarship.  With the highest honors.  Clearly the cream of her class.

After graduation she went to thank her mentor for all he had done.  He asked her the same question.

“What about your future?”

She was going home.  Teach high school algebra.  Get married.  Have kids.  Boyfriend had been very patient; it was time.

“I can give you a teaching assistant job here at the university.  With a little scholarship money, you’ll make more than you would at home.  I have connections at Princeton.  With some luck we’ll get you a scholarship to finish your master’s there.”

Now she was in full panic mode.

“Princeton?  Another three years?  I’m not that smart!  What about my boyfriend?”

He gave her a long look.  He had grown to love her like a daughter.  He wanted her life to work out, but he had seen so many women give up on their careers in the past, only because of boyfriends who never appreciated what they had and who many times ended up expecting them to be property; objects; accessory mothers.

“You are that smart.  I’ll talk to your boyfriend.”

The first conversation with the boyfriend had never taken place.  He was a high school kid, and was intimidated by the idea of talking to a college professor.  Now the professor realized that he’d have to be the one to make the call.

Things went well.  To his surprise, the professor was favorably impressed.  It was clear that he worshipped her; that he knew her likes and dislikes; that he would wait until hell froze over if needed in order to be able to marry his sweetheart.

So it was set.  She taught in college for a year; she finished her master’s in two.  At Princeton she ran into a faculty member who took her under his wing.  He arranged for a scholarship so that she could finish her PhD.  After much prodding from both of her mentors, and another talk with the ever patient boyfriend, she agreed to three more years of study.

Now she was mostly on her own.  Classwork was sparse; she did most of her learning on her own.  Her faculty advisor, a brilliant, young, very promising mathematician, was thrilled with her work.  And her looks.  And her sweet, caring, unpretentious personality.  After two years he asked her to marry him.

She didn’t know what to do.  The people at Princeton wanted her to stay.  They encouraged her to marry the professor.  They’d do very well financially.  Her young professor would be very famous some day.  And she wanted to go home to a truck driver?

She consulted with the Puerto Rican professor; her father had died and he was the closest thing to a father figure that she had.

“I love them both.  In different ways.  One I’ve known my whole life; it would be hard to imagine being without him.  I can be a little girl with him.  The other is brilliant, and nice, and he has brought out so much talent in me that I had no idea I had.  I can talk derivatives and matrixes with him without getting a bewildered look.”

The professor remained quiet for a while.

“You can love more than one man, or one person.  I think everybody does.  We just don’t marry all the people we love.  Who makes you comfortable, no matter what you say or do?  Who does your heart want?”

She smiled and walked away.

She married the truck driver a week after she finished her PhD.

She had a long and distinguished career as a college professor.  Three brilliant; kind; loving kids.  Her husband discovered a knack for business.  With the money he had saved for the wedding (the one that was scheduled after she would finish her teaching degree) he bought his own truck.  Within two years he had enough money for another wedding that never happened; he bought another truck and leased it out to a friend.  Then a third, and a fourth.  Despite all of her education he always made a lot more money than she did.

Is there only one right person for us?  Probably not.  I think that she would have been happy either way; I say this because she’s an extraordinary person whose default mode is that she’ll make things work.  When there are people of good will who admire each other it’s a good bet that things will work out.  Of course there are many disasters waiting to happen in every premarital class; I don’t think it’s a matter of a bad match as much as it is a question of unsuitable people.  There are many, many souls out there who should never get married, much less have children.

Do your homework.  Check him or her out.  Extensively.  Jobs; bank accounts; prior mistakes; make sure you know who this person is.  Talk to the nanny that fed them when they were babies if you can find her.  Don’t ever let “romance” guide you.
But once that special person has passed muster follow your heart. 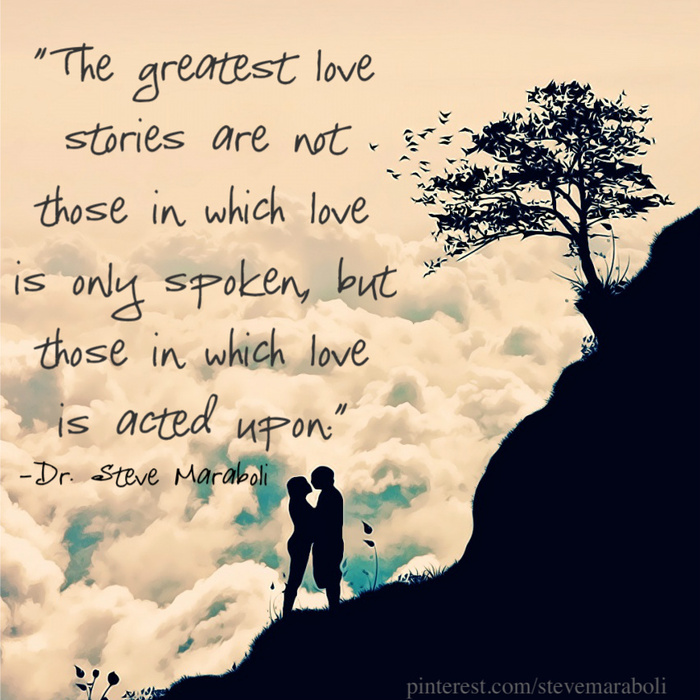