“Equality of rights under the law shall not be denied or
abridged by the United States or by any state on account of sex.”

Constitutional amendment (ERA) approved by most states.
It failed to gain a 2/3 majority in 1982.
The Missouri Senate voted against it.

I never got to meet her. A close relative is a dear patient, and his arthritis has done so well that when he visits we spend most of the time socializing. Many years ago he told me how proud he was of this child. She was funny, and kind, and she could run like the wind. She seemed to find another gear when other kids got tired. Of utmost importance: she loved to compete.
Over the years she excelled in many sports. Once she got to high school she concentrated on soccer. I was told that she could singlehandedly dominate a game. During her senior year there were at least four college coaches at each of her games. She played for a select team. She traveled a lot.
Her parents worried about college. She was not a great student, and they were not college educated themselves. There was not enough money to afford four years at any of the universities that were courting her. They made plans for her to get some form of technical training when she finished high school.
They needn’t have worried. She received full scholarship offers from all the top soccer programs in the country. Forty years ago this would have never happened. Universities spent most of the money devoted to sports on men’s programs. Women were limited to playing in intramural games; very rarely were there well organized, well coached teams that played against other institutions.
The government changed this. A law was passed (the now famous Title IX): any college athletic program had to provide equal opportunity (facilities; coaching; training; tutoring; scheduling of games) for men and women’s sports. Although men’s sports still receive the lion’s share of funding, women’s teams cannot be deprived of anything they need.
Although Title IX passed in the 1970’s, it took more than a decade for its full impact to be felt. By the time this young woman was of age to go to college women’s soccer was a major part of the athletic program at many universities. There was stiff competition for good talent. Attendance to games almost matched what the men obtained.
She decided on an Eastern school. She was a starter her freshman year, a rare occurrence in a very competitive conference. She was all-conference her sophomore year; all-American the next. She did well in her studies. During her junior year she received a phone call: the national soccer team wanted her to try out. She was flown to the West Coast and spent a few days practicing with Mia and Brandi and the rest of the squad. She didn’t make the team, but friendships were made and cell phone numbers were exchanged.
When she finished college she faced a letdown. For four years she had been the center of attention. She had traveled all over the States. She was used to being looked up to. Every job application was a struggle. She realized that for the next sixty years of her life she’d have to be a faceless member of the crowd.
She remembered the cell phone numbers that she had collected during her Olympic team tryout. She made a few calls. Within days her phone began to ring. Within three months she had been hired by ESPN. She was based in Europe; she did advance work for many of the international events. She got to meet even more superstars; still more phone numbers collected. She spent the most exciting, chaotic, fulfilling three years that any 22 year old has a right to expect. She did her job well; her boundless energy and sweet nature gained her a few promotions and many friends.
One of these acquaintances fixed her up with her brother. They hit it off. He also lived a hectic life, but he was very well paid and his future looked bright. They got married. She continued to work for a year, but it became clear that if they wanted to start a family one of them would have to give their job up. Financially it was no contest: it had to be her.
She’s now a full-time mom, with two healthy kids and a husband who worships the ground that she walks on. She has everything that she needs or wants. Both of the kids like soccer.
Title IX. When the law was passed it was labeled by many as needless government intervention. Its original intent was to eliminate job discrimination in universities. The application to women’s sports came later; it’s fair to say that few athletic directors saw it coming. Eleanor Roosevelt and many women’s groups opposed it, for varying reasons.
More than 40 years later the dust has settled. We have been treated to very entertaining, compelling, highly rated international women’s sports events since. We no longer hear people say that when women are playing no one will want to watch.
Yes, government regulations are many times a royal pain to deal with. Yes, they often overreach. And yet… Think of how the lives of tens of thousands of little girls are positively influenced when they see our top female athletes compete. How could we ever turn this clock back?
Take the time to go see the girls play, at any level. Cheer; loud. You never know; you may be witnessing the birth of a superstar. Or the beginning of a dream life come true. 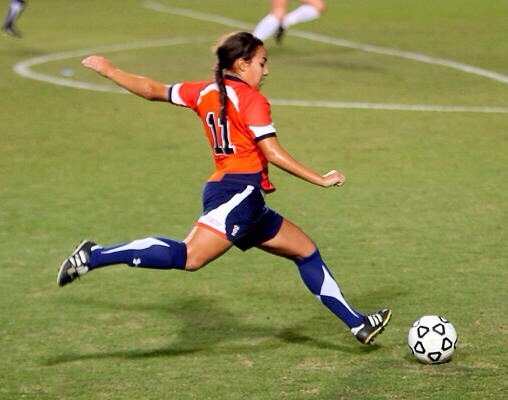