“When work is a pleasure, life is a joy.”

The Magnificent Seven.  Most of you will remember the western starring Yul Brynner and many other celebrities.  It was based on a Japanese movie called The Seven Samurai.  In it a crew of experienced professionals is hired by a small town that’s being abused by an evil band of thieves that demand tribute.  After a typical violent confrontation the townsfolk are rid of their scourge.

When I was growing up I loved that movie.  Little did I know that late in my medical career I’d be on the receiving end of the deeds of a different, but no less outstanding group who’s bent on doing the right thing.

They come from the Midwest, and Asia, and South America.  The South.  From frigid winters and blistering tropics.  Growing up in the shadow of mountains or within walking distance of a beach.  There is no pattern to their genetics, or upbringing, or education.  How they all came to work together qualifies as a minor miracle.

We have the southern belle who spent a great part of her youth in missionary work under extreme conditions.  She managed to be a wife; a mother; a helper; a survivor without the least whimper or complaint.  She has trained herself to perform well in many different branches of her profession.  She likes to listen; she never turns down the opportunity to hear some gossip or hear numerous complaints.

There’s the little girl who was born to a large and caring family ten thousand miles away.  Her parents saw something special in her.  They went to great sacrifices to educate her, and she never stopped learning.  Against all odds, and never giving up on her extreme drive to be a success, she has reached the highest level of responsibility in her profession.  She’s calm under fire.  Half of her day is spent asking questions; trying to improve herself.  She speaks four languages and could probably learn a fifth in short order.  A devoted mother who’s always ready to have fun (and yes, make fun of others).

We have the wife, and the mother, and the nurse, and the glue that binds her family together.  She handles herself, how should I say, in such a natural and effortless way.  So many times I have heard her say exactly the right thing for the moment that I have wondered if she rehearses; if she prepares herself for a dozen different unexpected situations that she must encounter every day.  Not so; this is the way she is.  She speaks from her soul, and it all sounds so right!

Years ago I lost a dear friend and consummate physician to a dreadful illness.  Little did I know that the little girl that I saw mourning for him would one day be helping me in my practice.  She inherited his sense of humor; his kindness; his thirst for knowledge.  You can see and feel caring in everything she does, and she has passed those wonderful traits to her very extraordinary children.  She should change her name to Love.

And the musical guru.  She can tell you the name of the song that we hear on the radio.  The artist.  The year.  Sometimes she cheats; she has unusually fast fingers and can Google anything in five seconds or less.  All that she does is work.  She does not have a job; she does all jobs.  That person that you can always go to when you know something really unpleasant needs to be disposed of.  She’s so polite, and kind, and hilariously funny when you least expect it.  Despite these rare and valuable traits, she never expects anything in return when she goes out of her way to help.  A treasure.

It all started with my little girl.  My wife hates it when I refer to a successful grown woman as a girl, but I can’t help thinking of her as a daughter.  Four years ago I “stole” her from my wife’s workplace.  I had no idea that she was going to form the foundation of the most wonderful, caring, efficient doctor’s office you will ever experience, anywhere.  She’s bright; organized; fast; careful.  She’s first and foremost, however, the epitome of a kind and caring soul.

Our latest addition, our new doctor, has fit seamlessly into this complicated and never boring scenario.  Doctors are often difficult to integrate into an established practice.  They tend to be set in their ways; they believe there’s one right path to follow (theirs).  We have had no such issues.  All we’ve seen is work and dedication.  My only resentment: I’m used to being the last doctor to leave the office.  Now she’s taken over that distinction.  I guess it was about time.

Imagine what it must be like to wake up on a Monday morning and shake off the bedsheets thinking of what is waiting for you at work: smart, dedicated, pleasant, funny, generous people who woke up that same morning with one mission in common: to help others.  How difficult it must be to see seven beautiful, smiling faces every day of the work week.  Think of how distressing it is to never have anyone say “no” to your suggestions.

We’re coming up on a new year.  Many people resolve to change one or the other aspect of their lives, probably because they’re not happy with the state of their affairs.  In contrast, my only wish is that everything stay the same way it has been.  I am grateful beyond words for my good fortune.

May you all be blessed with peace and joy for the year. 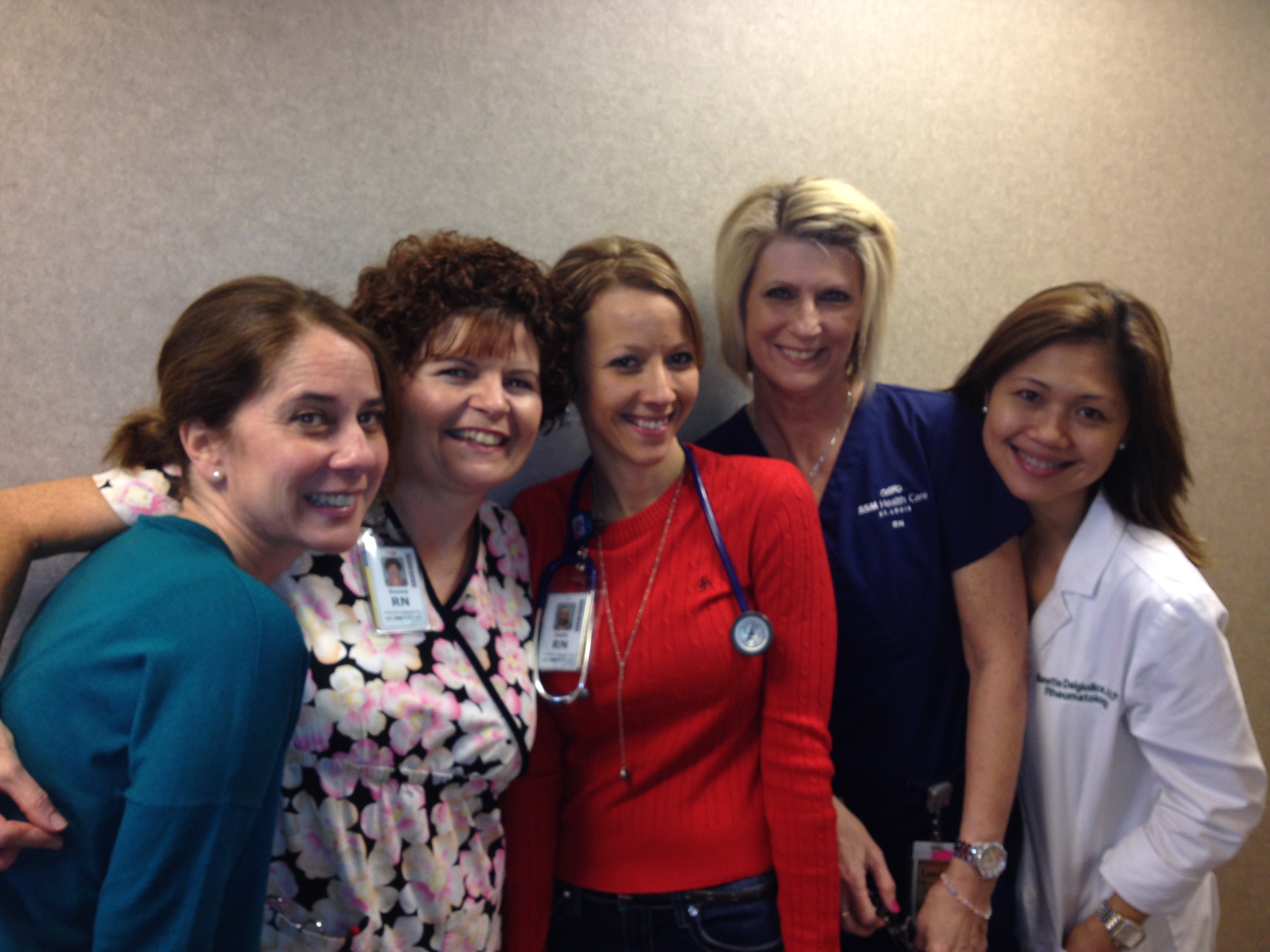 Paco’s angels take a few seconds off to pose. Jeannie is shown twice because… Well, you have to know Jeannie. Dr. Hunt was working while everyone else wasn’t. 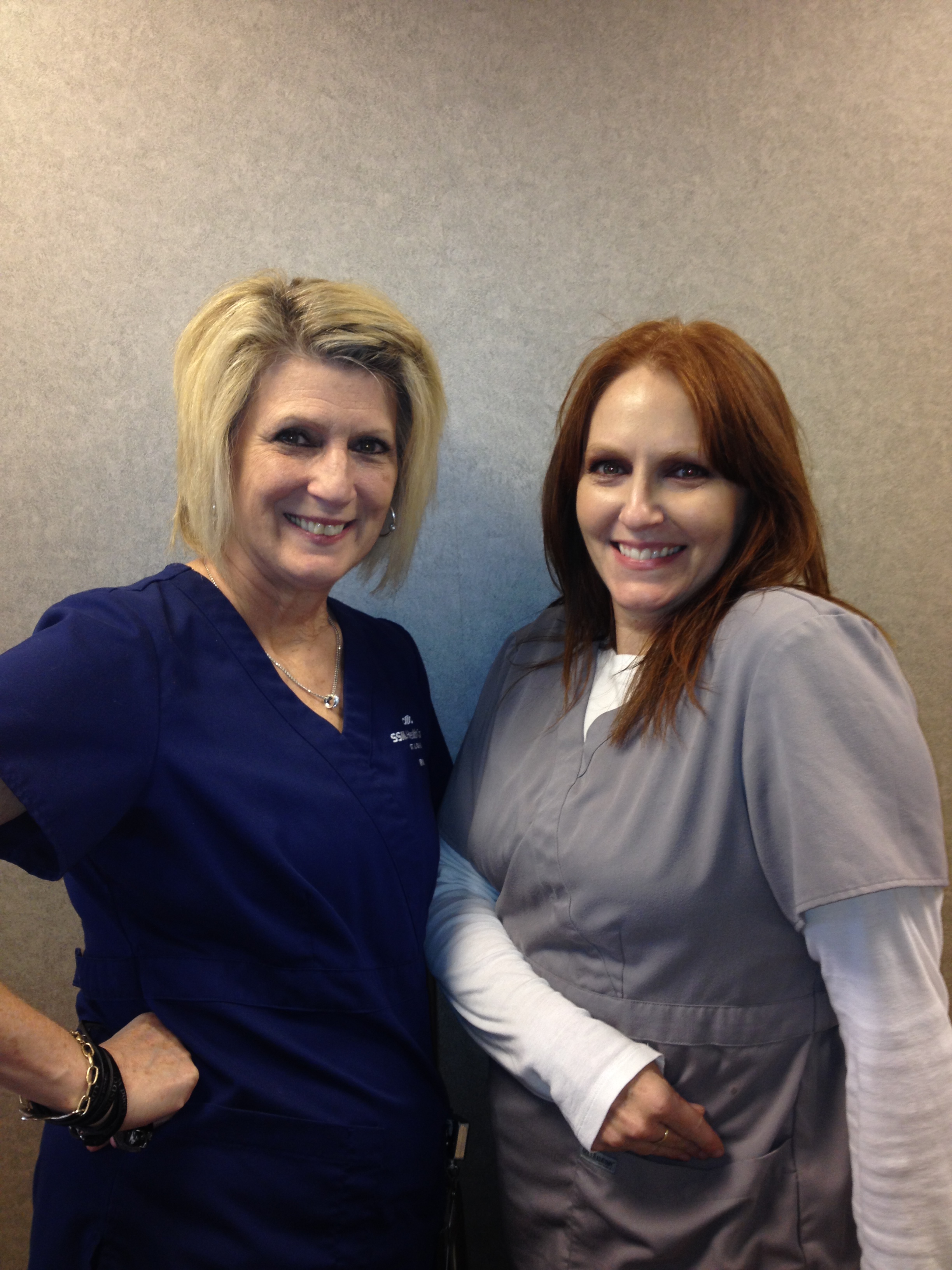 Tags: being a good boss

End of Life and Forgiveness